The JCSys team has been involved in the international TDL domain for many years and comprises experts who are internationally recognised by customers and partners alike. The team possesses a wealth of knowledge and experience in all aspects of TDLs and their operation and management.

Over 25 years' experience in all aspects of TDL Standards Configuration Management, including:

TDL Standards are complex documents with some having more than 10,000 pages.  Management of all aspects of the Standards change process from identification of new requirements to implementation of change is essential.

JCSys staff have unparalleled experience in producing all the necessary documentation and analysis to support the generation of TDL standards changes.  Equally we are uniquely capable in analysing changes proposed by other sources/nations to confirm that they are both functionally and technically correct and do not adversely impact existing TDL implementations. 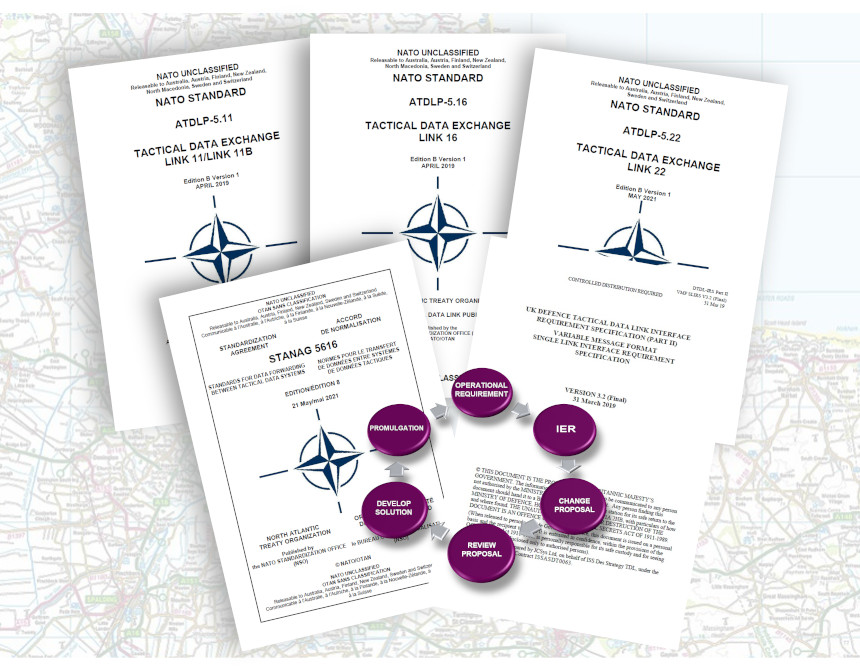 JCSys staff have been intimately involved with the generation of all recent TDL standards and as part of the UK team have been instrumental in the drive to make all current international versions of the TDL standards transactional, specifically:

Transactionalisation of the standards ensures that requirements are properly expressed and interactions between different transactions are correctly identified ensuring consistent implementation by systems, improving interoperability. 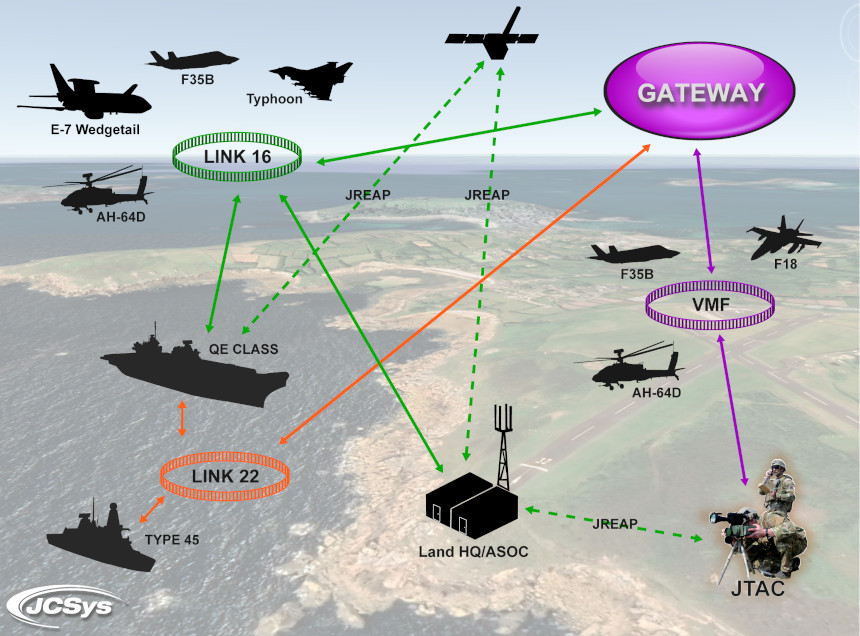 Alongside the management of changes is the task of maintaining document baselines and acting as the document custodian by updating the document to include all agreed changes to the TDL standards.

Custodianship is a vitally important task that ensures that the various TDL standards documents are technically correct following periodic updates.  Members of the JCSys team have acted as document custodian for a number of important international TDL Standards.

Tactical Data Links remain one of the fundamental methods of sharing data between military systems separated over a wide area.

Of the various TDLs available, Link 16 is now the most widely implemented in NATO.  Although initially entering operational service in the 1990s Link 16, and its various subsystems have undergone continual improvement thus ensuring its utility into the future.

Now entering service, Link 22, also known as NILE, is the latest TDL having been developed to replace Link 11.  Fundamentally Link 22 is planned for implementation by maritime systems due to its Beyond Line of Sight (BLOS) capability to ensure connectivity.

With different TDLs in use it becomes necessary to forward data between them so that the right data is available at the right place.  Management of data forwarding is itself a fundamental requirement to ensure that the various TDLs are not overloaded.

JCSys staff have been actively involved in the implementation and management of all of the major NATO TDLs.